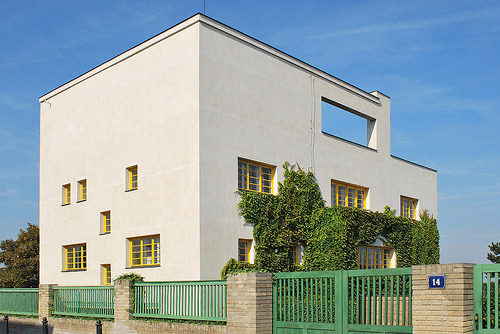 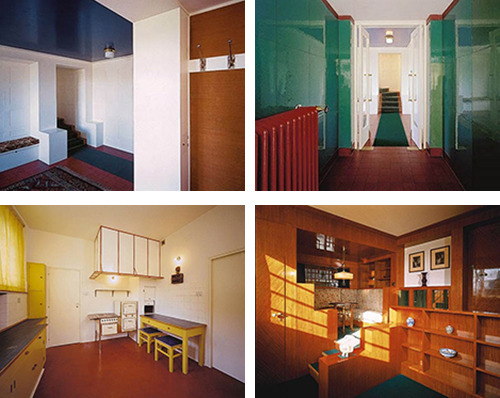 In the autumn of 1928 Adolf Loos was commissioned to design a home for the Müller family in Prague. The commissioner, Franktišek Müller, was an engineer and co-owner of a construction company specialising in reinforced concrete. The combination of Loos’ design process and Müller’s desire to use innovative production methods allowed the Müller Villa to become one of the most significant examples of early modernist architecture.

Taking only two months to design, the building is the pinnacle of Adolf Loos’ work. At a time where architects such as Frank Loyd Wright were attempting to make a seamless transition between interior and exterior, Adolf Loos saw the separation of public and private spaces as essential to the integrity of a home. He believed that “The building should be dumb outside and only reveal wealth inside.“ The Müller Villa does exactly that. Outside, the Müller Villa is distinguished by its clean white façade, cubic shape and irregular windows. Inside, the building slowly unravels revealing warm, rich materials and an intentionally eclectic mix of traditional furniture. The spacial planning of the interior is where Loos was most innovative. Each ceiling varies in height depending on the design and purpose of room. Short staircases introduce multiple levels in one continuous space. Carefully constructed nooks and crannies provide just enough space for individual pursuits such as reading.

Once the building was completed in 1930, Loos celebrated his 60th birthday there with close friends. The Müller family then occupied the house for eighteen years before it was seized by Communists in 1948. Following the fall of Communism in 1989, the house was returned to Müller’s daughter, Eva Maternová. Eva sold the house to the City of Prague in 1995, who put it in the care of the City of Prague Museum. The house was restored in 1998 and re-opened as a museum in 2000.