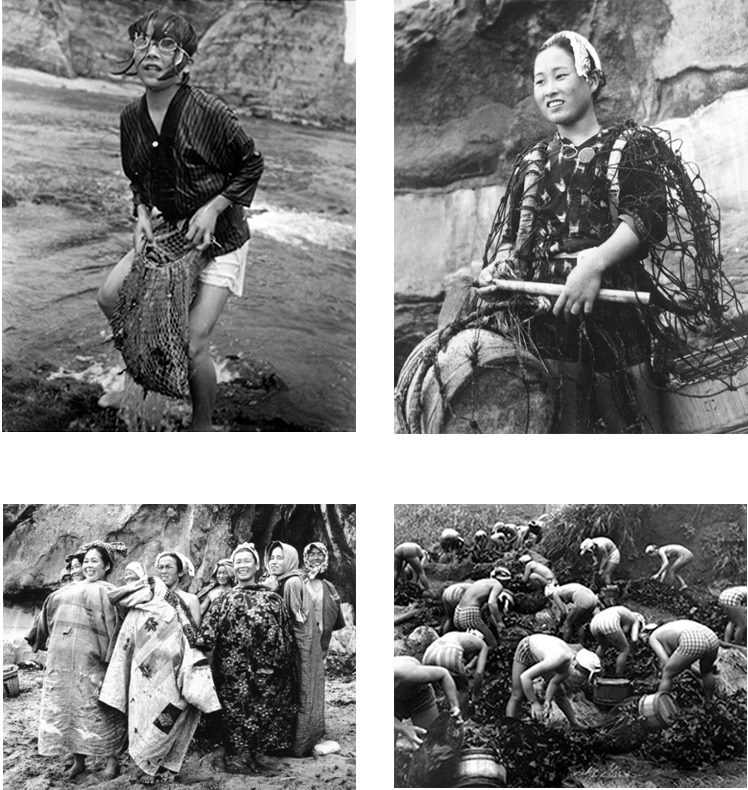 For over two thousand years Ama, meaning ‘women of the sea’, have made a livelihood free diving off the coast of Japan. Holding their breath for up to two minutes at a time and diving more than 30 feet, they gather abalone, seaweed and shellfish from the seabed. Photographer Iwase Yoshiyuki grew up in a small fishing village where the ancient Ama tradition was commonplace. Following the completion of his Law degree and having been gifted a kodak camera, Yoshiyuki drifted back to his hometown and began to photograph these women at work. His photographs of this near-extinct tradition provide the most complete documentation of the culture and community surrounding the Ama.

Hunting for abalone was a rigorous task which included negotiating the freezing temperatures of the Pacific ocean and occasional visits from passing sharks. The lucrative nature of the work often meant that most women could earn more from a single dive than many of the local men could make in a year. This allowed the Ama to be self-sufficient and enjoy the strong community that accompanied what was more of a way of life, than a job.

Today, very few Ama still exist. Those who still dive are very elderly, some over ninety years old, who have practiced the art for many years. As technology advances and the wage drops, younger generations are less inclined to subject themselves to the harsh reality of the Ama. The value then of Iwase Yoshiyuki’s documentation becomes even greater, providing a candid insight into a nearly lost art.