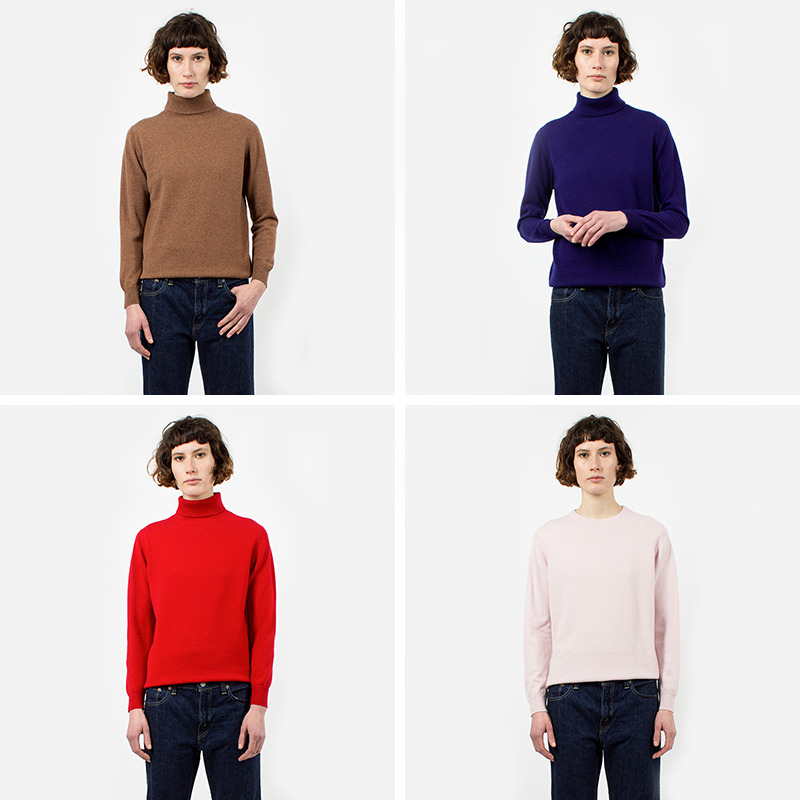 Emerging from a father/daughter partnership, &Daughter sweaters are made in rural areas of the Scottish borders and in Donegal on the west coast of Ireland. Working alongside local Scottish and Irish artisans each sweater is made according to traditional knitting techniques with natural yarns. Every element of an &Daughter sweater is fully-fashioned before being hand-linked using over twenty separate hand-finishing processes.

This season cherry blossom pink, cardinal red, constellation blue and hazelnut have been introduced alongside black, navy and grey marl staples. The enduring appeal of a cashmere jumper lies in it’s versatility and ability to transcend seasons.