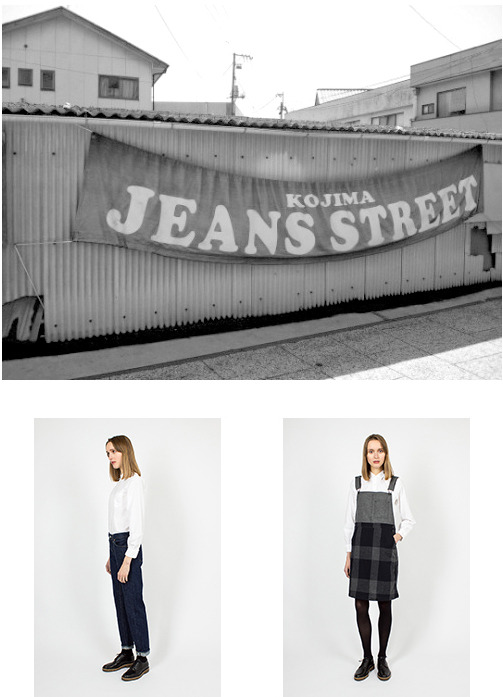 The Kojima district of Okayama in Japan has, in the short time since the end of WWII, established itself as one of the most significant producers of denim in the world. The region has played an integral role in the Japanese textile industry for hundreds of years and it is this rich history that lends the backdrop to denim production in Japan today. Since the first pair of jeans were made in Kojima in the 1960’s, many brands such as OrSlow and Kapital have maintained traditional means of production such as weaving on shuttle looms and hand dyeing the cotton with indigo plant leaves.

Denim has become such an integral part of Kojima’s identity that Kojima Denim Bus Tours now guide tourists and locals alike around the capital of denim. The long textile history and artisanal approach to a modern staple is what has defined Japanese denim as some of the best in the world.