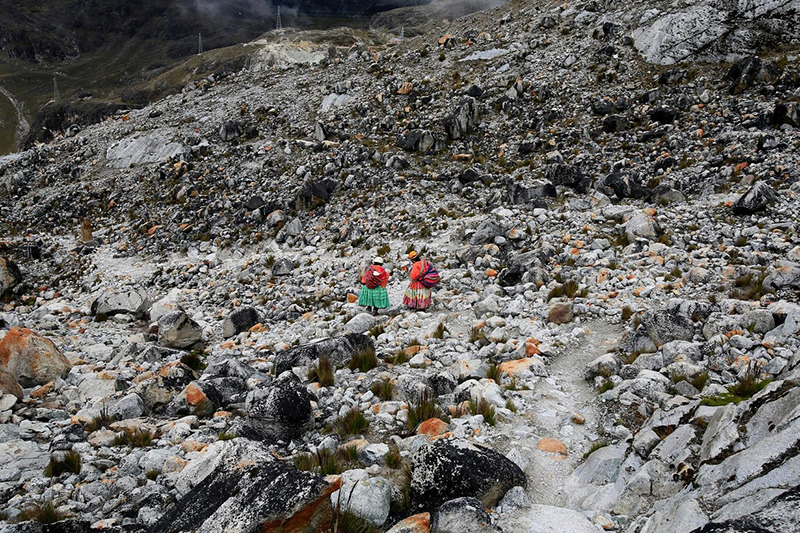 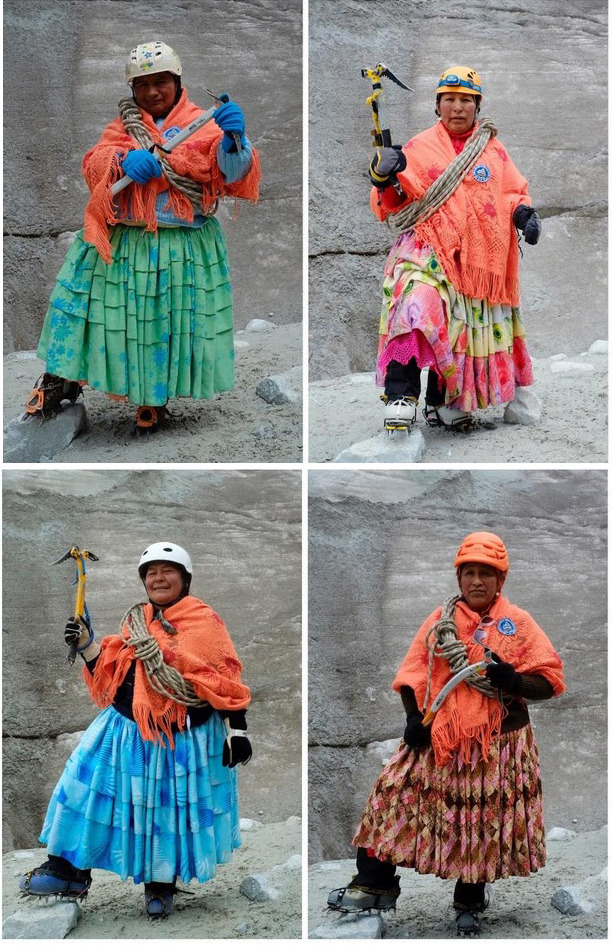 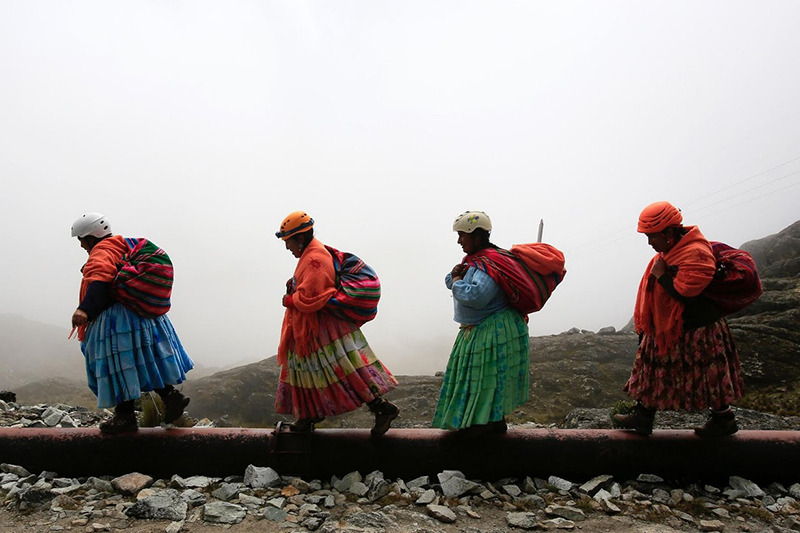 For years Lydia Huayllas worked as a cook at mountain-climbing refuges on the steep glacial slopes of Huayna Potosi, a 19,974 ft. Andean peak outside of La Paz, Bolivia. As she worked at basecamp her husband, Eulalio Gonzales, would guide tourists and climbers up the mountain. When she asked him ‘What do you do up there, how does it feel?’ he suggested she found out for herself.

Along with ten other Aymara indigenous women, Lydia traded her traditional ‘cholita’ bowler hat for a helmet and crampons. Other than the necessary safety equipment the women maintained their everyday ‘cholita’ clothing of brightly coloured multi-layered skirts with petticoats, a long shawl and jewellery.

They have now scaled five peaks including Acotango, Parinacota, Pomarapi, Huayna Potosi and Illimani as they conquer their short term goal of summiting eight slopes higher than 19,700 ft. With each climb they dream of planting a Bolivian flag on the summit of Aconcagua, the highest mountain outside Asia.